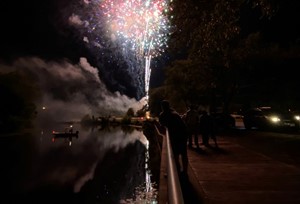 Get your red, white, and blue gear ready for all the Independence Day Celebrations happening in Franklin Southampton.! Read more for all the details! 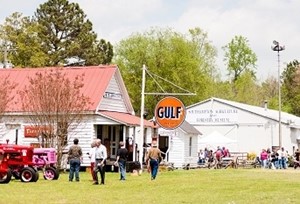 Something must have been very unique about Southampton’s African community as during the first quarter of the 19th century four men of African descent, born just a few years and miles apart, took different paths to find freedom from the oppressive conditions of slavery. Nat Turner, Anthony Gardiner, Dred Scott, and John ‘Fed’ Brown challenged existing norms and, in doing so, enflamed the nation’s slavery debate which resulted in its abolition.  Each of these stories are profound reflections from four men from Southampton County. They were all freedom fighters and their efforts changed American politics and began the march toward emancipation. Spring is here and we are ready for you to discover a variety of events offered throughout Franklin Southampton! Explore the highlights in this blog and check out our event calendar to plan a trip. Don’t forget to explore our dining and shopping options so you can make a day of it! National Peanut Month: thirty-one days of commemorating Franklin Southampton’s most famous crop! Did you know Southampton County is home to the largest acreage of planted peanuts in the state of Virginia? With the highest-yield production in the state, you’ll be sure to find wonderful options for this delicious snack by planning a trip to Franklin Southampton! We’ve created a peanut trail around our community, spotlighting each of our seven peanut retail companies, let’s meet the Leaders of Legumes! February: the shortest month of the year, sometimes the coldest month and an awesome month to come discover Franklin Southampton! We have art, events, food, shopping and more! Check out the blog for inspiration and plan your trip today!

Gather your friends and grab a table at Cork Tap Taste Tasting Room to compete as a team for your chance to win! Trivia starts at 7pm, be sure to get here early to secure a table! Trivia questions will be three rounds of 10 questions each, and topics will change weekly! House rules: 1. Each table plays as a team - no more than 6 players per team 2. Phone use during each round will result is disqualification from playing - no googling! 3. Must be 21 or over to order beer or wine. 4. The winning team will receive a Cork Tap Taste gift card! Read More 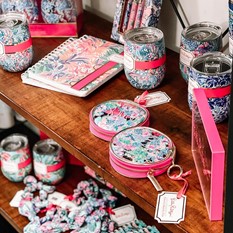